“Ch’arki”, a name derived from the Quechuan language of the Incas (which literally translates into “dried meat”), later evolved into what we now call jerky. The discovery of Jerky allowed humans to both store food for long periods of time and have an easily carried, dense source of nutrition to take with them on journeys. Jerky is both flavorful and compact and almost any meat can be made into jerky. Some say Native Americans made the first jerky (buffalo jerky) thousands of years ago, while others say an ancient Inca tribe called the Quechua made jerky as early as the 1500’s. Whatever the case, this time-tested recipe has been passed from generation to generation.

When the first Europeans arrived in the New World, they found that the Natives were making a dried meat product that did not need to be consumed immediately and they instantly knew that jerky would be beneficial to them. What the Native American tribes called “pemmican” was jerky meat added to either crushed dried fruit. The Native Americans taught the settlers how to cut and prepare the meat into long strips and later shared with them the entire jerky-making process and some variations of seasonings to make different recipes. With this newfound knowledge and time-tested recipe, the European pioneers found themselves cooking and consuming jerky more than ever before; it was absolutely the snack of choice.

Jerky reached its height of popularity during the expansion into North America, where traders and explorers prized it as an essential source of nutrition as they traveled to new areas with limited accessibility to fresh food and supplies along the way. The fact that meat could be hunted anywhere along the trails that the settlers were following to the West made this method of preparing meat an extremely valuable skill. This was also the introduction of other jerky meat types such as turkey. As the industrial age in America approached many companies saw the potential of producing jerky products in large quantities for mass consumption. Today millions of people around the world now enjoy jerky products. Join the bandwagon and enjoy the world’s healthiest and best-tasting snack!

Select the fields to be shown. Others will be hidden. Drag and drop to rearrange the order.
Click outside to hide the compare bar
Compare 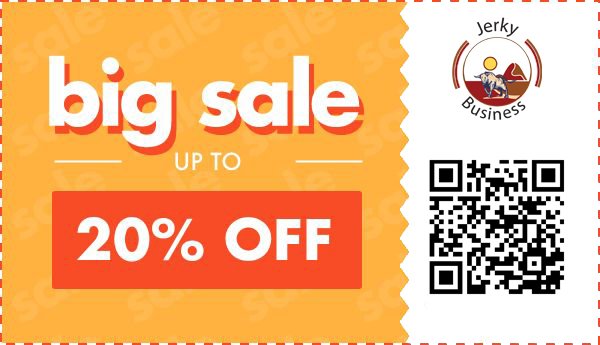